The Code: Who’s a slave? 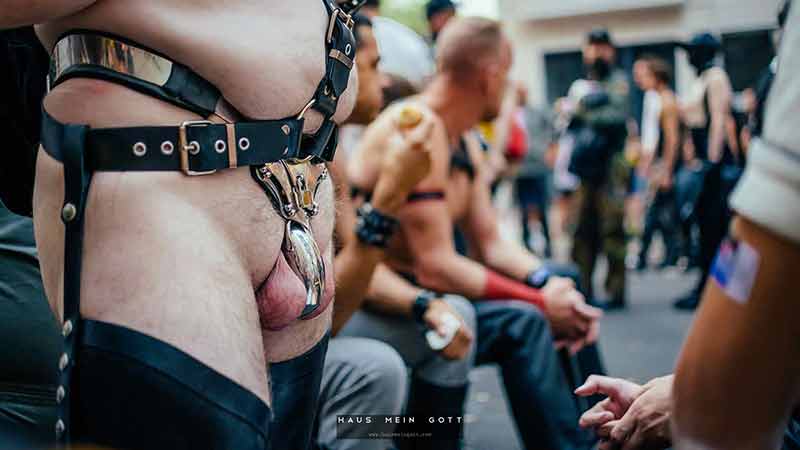 To be a slave

The Code: is LeatherBigWolf’s personal Old Guard inspired lifestyle Code and Laws. It is the closest to Traditional Old Guard that I can maintain. Other people might have different views. These are the Laws, to me.

Who is NOT a slave:

A bottom or a woman who wants to be used sexually.

A bottom or a woman who wants to be raped.

A bottom or a woman who loves dick and wants to get as much as it can.

A bottom or a woman who loves only big dicks or young dicks.

A bottom or a woman who wants to get the more loads possible in their orifices. Again, thumbs up for being a cockslut, that’s awesome. That’s not being a slave.

A bottom or a woman who think they can discuss and decide to which level to submit, to whom, when, how and why. That’s a right of a human being of course. Who freely chooses not to be a slave. A submissive bottom, a sub, a boy, a pony, a dog, whatever else.

A bottom or a woman who think they can be a slave part time. For a weekend. For a while.

A bottom or a woman who thinks they have no value and should therefor be treated like shit.

A bottom or a woman who think that this way they have no responsibilities of any kind, willing to blame the “Master” the morning after to compensate.

A bottom or a woman who hunt for tops to use for their needs to serve.

A bottom or a woman who gets off on abusive Doms and complain that nowadays there are no Doms or “real men” anymore. Except, when they are treated as they dream of and ask for, they become aggressive and claim to be treated with respect, treating a Leather Master like a monster.

This list could continue forever, and will likely be updated.

For all of the above, there are plenty of ways to accomplish what you like, and I don’t judge or blame you for liking it. It’s great that everybody knows what they like and want. Having said that, as much as you have the freedom to have your ways and your thoughts over lifestyle and sexuality, that same freedom is given to other people, who don’t want their time to be wasted, and who are looking for a deep, life-changing LTR.

Who is a slave:

A slave is a human being who have always felt close to being complete and having peace and content in its heart when being in service. Wether to a Man or a Woman, wether its sexuality, a slave is a special, intelligent and sensitive individual whose have accomplished an introspective path of self knowledge and self growth, and is ready to freely decide to give up its freedom for complete Ownership to another individual, making this last individual (MASTER/MISTRESS) and his/her happiness and fulfillment and success the very core of its essence and goals.

A slave is the last of the last in the Hierarchy Chain in the Leather/BDSMspace, and yet, it doesn’t mean it must be treated with little to no Respect. On the contrary, a slave is an Owned Property that per se must be Respected, but also a man who must be respected as it has taken the deepest token of self acceptance and dedicated its life to the servitude of Us Alphas. Human life has an immense value, therefor a human gifting its own life in service to another Man, is something to be praised and celebrated and Respected, as it is the very core of our way of living.

it has undergone the training of one or many more Masters and has been its limits expanded and worked over to its own realization in a true trust relationship, there are no limits set in stone, when the MASTER can be trusted

it has understood the meaning of commitment and has freely decided to give up its freedom, gaining in return energy, happiness, content, comfort and satisfaction. A slave is never forced into being such.

It doesn’t have the right to be called by any other title if not “slave” or “it”, unless its Master decides a specific other appellative.

its life must be led by two purposes only:

Just as much as a Master does, a real slave have earned its title.

it doesn’t have any expectation

it doesn’t need to have any specific need fulfilled, if not providing service in any way it is allowed to, and to sustain to maximum efficient its life support system.

as much as it needs its Master to express satisfaction and to value it, it is capable of not putting its needs first and should not need to manifest them at all. It’s the Master’s job to keep those needs fulfilled.

it doesn’t get to touch furniture without explicit permission.

it doesn’t get to stand on its feet with men unless told so.

it doesn’t get to use the toilet without explicit permission.

it cannot touch any of the Master’s properties without explicit permission, unless for well settled routines where permissions have been previously granted for that situation (cleaning and tidying up and other chores).

it doesn’t put its needs before it’s Master’s. Never.

it needs to be put in service and to be controlled; it will adapt its needs to the possibilities of its Master, and find joy in the possibility of living its lifestyle to the fullest, in the path of it’s Master; not in the paths it fantasized about.

it is ready and willing to be reprogrammed and rewired, to become it’s Master “masterpiece” and creation.

it is willing to take and enjoy pain from it’s Master.

it is willing to take and enjoy a Superior’s recycled drinks and smoke, when it is lucky enough to be gifted with them.

Master’s and any other Dom’s sperm is the most sacred and powerful substance. It knows it is not entitled to have it and that is reserved for other Men and boys to enjoy. When and if it will ever be gifted with it, it should show freely its enthusiasm and comprehension of the proportions of the goodness it has been granted with.

it is willing and enjoys being kept away when not in use, in idle mode.

it is interested in proactively provide improvement of any kind to Master’s household, when prompted with tasks or asked for suggestions.

it never stop learning new things, when it has the occasion. Those are more ways it can be useful to Men.

it does not need to be anything else than what it is, but is willing to be transformed into ANYTHING its Master wants to.

it understands that just like an other human being it has flaws and things to learn and change and correct, and should never sin in being stubborn, presumptuous, cocky or full of itself. It will always stay humble and follow the Leaders.

it is not necessarily involved in Sessions; it’s job might consist in just assisting the Master or the subs or just cater, and then clean up everything when the Session is over.

In an LTR, ideally, a slave has no possessions of any kind, and being its life and its Master’s joined, it will give everything it has and earns to the household. The same treatment is reserved to it. It lives in the household, it is part of the household, and can benefit of the comfort of it in the ways depicted by its Master, and will therefor be kept protected by its rights.

it will obey its MASTER in any circumstance, always.

NOTICE: As long as Proper Old Guard is involved, a slave has no rights, as its own bill of rights has been previously agreed in a Contract it signed during an Official Ceremony. Yet, these are in my Household the general bill of rights of a slave.

it has the right to be treated with Respect by strangers and those who are outside of its pack, if they are not Masters or not within the Leather-space, or when consent is not given.

it has the right to be kept safe during any activity in which it cannot do so (downtime, bondage, service..).

it has the right to interrupt service at any time if it’s health is being jeopardized, if it’s Master is not taking care of its life support system, or if it is unhappy in that relationship.

it has the right not to be harassed or mocked psychologically, physically or emotionally for its decision; yet, it is a decision from which there is no turning back.

it has the right to be brought to an Hospital or to a Health Care provider ASAP if it is feeling sick or depressed.

it has the right to spend at the very least one hour per week in connection to its Master. Wether through conversation, sleeping together, cuddling, whatever is set in the Relationship. A slave is a human being and should be taken care of emotionally and be kept happy.

it has the right to be milked at least once every 3 months. A Master can decide to milk its slave directly or indirectly even more than once a day, or with whichever schedule the Master sees fit, but never retaining the slave from shooting its blank null sperm for more than 3 months.

it has the right for its health to be taken care of, depending on its health conditions: visits to Medics, pharmacies, medications, therapies. All of this must always be respected.

it has the right to refuse injections, drugs consumption, or whatever other activity that could induce it in negative coping mechanisms in the non predictable situation in which Master’s control might be interrupted (interruption of service, Master’s death, etc).

it has the right to be loved.

it has the right to be protected by the rest of the Old Guard community in the case it needs protection from another member of the Community.